A disturbing number of reports have recently surfaced about hoverboards and the high risks involved with riding them without proper training. Many people have reportedly been hospitalized, some nearly killed due to defective parts malfunctioning, especially batteries. People may have increased risk of injury or even death when using a hoverboard, or self-balancing scooter without thorough training on its use. If you or anyone you know has suffered an accident with a hoverboard or a malfunction causing injury, please contact us using the form on this page or call us at 424-245-5505. You may be part of a class action lawsuit. For more on how defective products affect people negatively, click here.

The hoverboard has been reported by consumer publications as the hottest gift item this year. Demand for hoverboards is so huge, there’s a waiting list as long as eight weeks for some models. The demand is being fueled partly by reports that many celebrities are using them, with many likely to get hurt on them. Prices for the boards reportedly range from $300-$2,000 around the U.S. The reports of injuries and nuisances being caused by them have motivated New York City to ban them on streets and sidewalks. Many reports have surfaced of people’s battery-powered boards catching fire.

Some of the boards run on battery power. The most common type of battery used to power the boards is lithium ion batteries, which have flammable liquid electrolytes which may explode when they overheat. Overheating reportedly can occur when the batteries receive too much voltage while charging or when overheating from prolonged use. Many of the injuries reported come when people charge the boards, resulting in explosions and fires.

The recent news reports have highlighted both bodily injury and product defect complaints. A recent lawsuit filed in New York claimed that a man’s hoverboard caused his home to burn. Many people have reportedly received severe facial injuries when the boards hit a stationary barrier, causing them to pitch forward. Experts have recommended that hoverboards only be used in parks and on greenways first when people are learning how to use them. Some of the biggest manufacturers of hoverboards are listed here:

Many incidents have recently been reported involving defective or improperly used hoverboards that have caused serious injuries or product losses. If you have suffered as a result of hoverboard defects or accident, you may potentially have a claim. Find out if you might be part of a class action lawsuit against hoverboard companies by contacting us using the form on this page or call us at 424-245-5505. Protect yourself and your loved ones from dangerous defective products like this. For more information on how class action lawsuits help average people, click here. 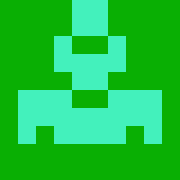