It has been reported that people working for Task Rabbit as independent contractors have raised concerns over whether they should actually be considered employees of the company. The possibility has been reported that thousands of workers have been misclassified by companies in the on-demand economy. Many current and former workers who worked for companies that employ independent contractors to perform jobs are now questioning whether their legal rights have been violated under current labor laws. If you or anyone you know has worked as an independent contractor for Task Rabbit, then you may be part of a class action lawsuit. An investigation into this matter is ongoing. Please contact us at (213) 217-5019.

Taskrabbit was founded in 2008 and was reportedly valued at more than $150 million in 2012. It has raised capital in excess of $38 million as of July 2015. The company, which is based in San Francisco is said to have over 50 full-time employees and more than 50,000 ‘taskers’, who work as independent contractors, signed up to take job assignments. The company uses a downloadable mobile phone app which pairs people who have small tasks to be done with people who are willing to do those tasks for a price. It has been reported that TaskRabbit requires that taskers wear uniforms, use the TaskRabbit app exclusively for scheduling, chatting and booking jobs, and use the tasker calendar for availability and scheduling.

Whether a worker is an employee or independent contractor is usually determined by a number of factors. One factor for judging whether the person is an employee or independent contractor is if the company has control or the right to control the worker as to the work getting done and the way the work is performed. Other factors that may come into play are:

If you or anyone you know has worked for TaskRabbit as an independent contractor and experienced this sort of treatment, then you may have a claim. An investigation into this matter is ongoing. Please contact us at (213) 217-5019. 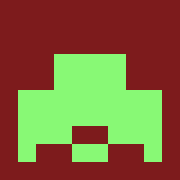